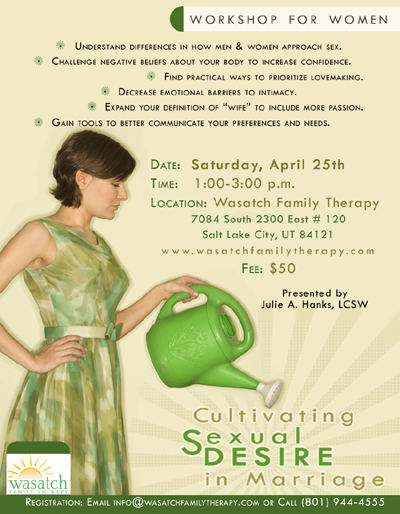 My good friend, Julie de Azevedo Hanks, is holding a monthly “Cultivating Sexual Desire in Marriage” workshop for women. This is a great way for women to learn to embrace sexuality and find greater fulfillment in their marriages.

For more information check out the online flier, then call to reserve your seat. Julie shares great insights from our book And They Were Not Ashamed–Strengthening Marriage through Sexual Fulfillment to help women awaken desire, and find greater enjoyment in the intimate relationship of marriage.