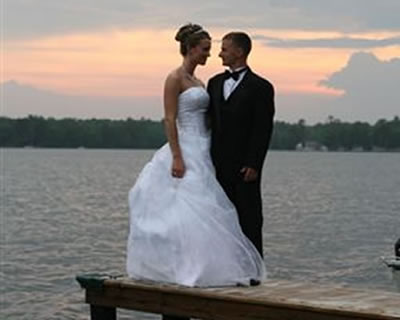 Myths about marriage often get perpetuated leading many to make unwise decisions based on faulty information. In reviewing the latest research on marriage, I was a bit surprised by some of the findings myself. See for yourself how “with it” you are in knowing the truth about marriage by taking this Marriage Myths Quiz. It’s good to know the facts!

True. While singles may talk more about their sexual escapades than married individuals, it’s just talk. Married people have sex more often than singles. I’m sure there are many married people out there surprised by this one, but the facts are that it’s still better being married.

False. Not only do married people have sex more often than their single counterparts, but they also have more physically and emotionally satisfying sexual relationships. Considering the multi-dimensional nature of truly fulfilling sexual intimacy (mental, emotional, spiritual, and physical), it comes as no surprise that the best sex is married sex.

3. Children are better off with divorced parents than with parents who are unhappily married.

Even in unhappy marriages parents are able to provide children with benefits that divorced parents cannot, such as greater economic standing, stronger family bonds, stronger connections with the community, more available time for parent-child interaction, and better overall emotional health. This is by no means a suggestion that unhappy couples simply stay married, but it is a suggestion that unhappy couples get help and do what is necessary to turn the tide in their marriages.

4. Cohabitation before marriage decreases the chance of divorce.

False. (I knew we’d get you on that one!) This myth is so widespread that many who have some fears about marriage unwisely believe they are taking precautions by cohabiting first. Little do they realize they are increasing their chances of divorce. Those who live together before marriage get divorced more often than those who do not. Whether this fact reveals the different values or commitment level of those who cohabit, or speaks to the experience of cohabiting itself as a factor that weakens the relationship, the research is not clear. The key point to know is that cohabiting does not increase your chances of relationship success in marriage.

5. The majority of couples who divorce are low-conflict couples.

True. Most couples who divorce are not high-conflict couples. Less than a third of couples who divorce are those who would be considered high-conflict couples. Studies have shown that a variety of marital problems lead to divorce with infidelity, drug use and foolish spending habits being some of the strongest predictors of divorce. The issue of divorce and conflict in marriage is not whether the couple has conflict, but how couples resolve conflict that matters most.

False. Women are two-thirds more likely to initiate divorce than men. According to studies, some of the reasons for this may be women’s tendency to monitor the marriage relationship more closely than their husbands, and the likelihood that men are involved in problematic behaviors such as drinking.

7. Children do better in stepfamilies than in single-parent homes.

False. It’s a sad reality that stepfamilies have added stressors that create a lot of trouble for the children. While stepfamilies do have their advantages over single-parent homes, such as higher income levels and the presence of both male and female role models, children actually do worse in stepfamilies than in single parent homes after divorce.

The marriages in stepfamilies have increased rates of divorce than first marriages, so one of the biggest challenges for children in stepfamilies is the repeated family disruption they must endure. Children must adjust after divorce to being in a single-parent family, and then must adjust again to a new reconstituted stepfamily. Further difficult adjustment is required if that marriage is also dissolved.

8. If divorced parents put forth positive attitudes about relationships, their children are no more likely to divorce than children of married parents.

False. Children who experience divorce consistently show more negative attitudes toward marriage than their peers regardless of parental attempts to communicate more positive attitudes. Children of divorce do have an increased risk of divorce in their own marriages.

Some things children of divorce can do to better prepare themselves for success in marriage are to get into individual counseling to work through any issues surrounding trust and vulnerability needed to form healthy intimate relationships. They might also seek out marriage education, get a significant amount of premarital counseling with their fiancé(e) to work through any issues before marriage, and then continue to seek education and professional assistance within marriage on issues as they arise.

9. The quality of a married couple’s sex life is the single best statistical predictor of overall marital satisfaction.

False. Overall the quality of a couples’ friendship is more essential to marital satisfaction than the quality of their sex life. In a study comparing overall marital satisfaction with other variables, the couple’s sex life ranked fourth. First was affective (emotional) and problem-solving communication. Second was having common interests, and third was based on the amount and quality of leisure time a couple spends together.

10. Having children usually decreases marital satisfaction for both partners.

True. Unfortunately, having a child generally decreases marital satisfaction for both partners. It certainly takes some selflessness, maturity and strength to adjust to the changes and challenges that accompany the arrival of a child. This is when some of the real work of marriage begins, as couples must stretch to strengthen the marital relationship and pull together despite the added stress and responsibilities of parenthood. While some may use this as justification for avoiding parenthood, it seems that God sees marriage and parenting as two of His greatest tools for smoothing off our rough edges and helping us to become more like Him.

False. In the 70’s some studies showed that men benefited more from marriage than women. But today’s research shows that men and women both benefit substantially from marriage. Benefits to men are often health related, and benefits to women are generally economic. But, both husbands and wives live longer, happier, healthier and wealthier lives when they are married.

12. College-educated women are more likely to marry than women with less education.

True. Many years ago women may have been less likely to marry if they were college educated, but all that has changed. College-educated women are now more likely to marry than their less-educated counterparts.

13. The high divorce rate has weeded out unhappy marriages, leaving the average marriage happier than 20 years ago.

False. Unfortunately the average marriage is no happier today than it was 20 years ago. Couples even experience more marital conflict and less interaction than couples in the 1970’s and 1980’s. Certainly couples face many extra challenges in today’s society, but there are things we can do to protect our marriages and build happier and stronger marital relationships. [See Happily Married Couples Needed.] A weekly date night would be a great place to start!

14. Husbands’ marital satisfaction is higher when wives are full-time homemakers than when they are employed.

My guess is that men are really beginning to pick up an equal share of the household responsibilities, making women’s employment outside the home more doable. It’s also possible that women are finding some fulfillment in or benefit from working outside the home that is not necessarily affecting their marital satisfaction. I would be interested in knowing how women’s employment is affecting the children in the home though…?

15. The less someone gives their spouse information, positive and negative, the greater the marital satisfaction of both partners.

True…partly. This was sort of a trick question. The less “negative” information someone gives their spouse the better. Only positive self-disclosure increases marital satisfaction. So, the adage, “If you can’t say something nice, don’t say anything at all,” may be especially true in marriage. The ration of positive interactions to negative ones is far more impactful on the marital satisfaction of both partners than the simple frequency of interactions or the imparting of information. Keeping your spouse apprised of all their imperfections is not really the best way to strengthen your marriage!

16. The factors most cited as reasons for the success of long-married couples are romantic love and good luck.

False. The most recent research has found that a couples’ perception of the quality of their “friendship” is most predictive of their long-term marital success. Remember the date-night concept mentioned earlier…that may be one of the best places to start nourishing your marriage!

This information was gathered from the following article: