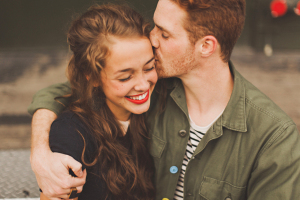 Last summer we shared a research study on the sex lives of married couples sponsored by Utah Valley University (UVU). Part of the survey was based on the Good Girl Syndrome from Chapter 1 of our book And They Were Not Ashamed-Strengthening Marriage through Sexual Fulfillment. Below is the article summarizing the findings from the UVU sex study written by the lead researcher, Jeremy Boden. Good stuff! Enjoy!

Transitioning to Sexual Intimacy: No, No, NO! to Go, Go, GO!
By Jeremy S. Boden, PhD, CFLE, LAMFT (used by permission)

“After being told all my life no, no, no all of a sudden it was okay and it was go, go, go. It took a little transitioning.” — Female participant

Many years ago (and I got permission from my student to share this), a student of mine wrote in her paper about sexuality that when she asked her mom one week before she got married to give her any advice about sex, her mother replied, “Well, Honey, people have been having sex since Adam and Eve, you will figure it out, too.” That was her sexual education. Pretty exhaustive.

As I stated in my blog post on sexuality a few months ago, sexual intimacy is one of the most vulnerable experiences we will engage in this life time. Few experiences can replicate the deep emotional and physical exposure that accompanies being sexual with our partner. Despite the magnitude of the impact that sex can have on the marital relationship, our study revealed that few people are prepared for this anticipated event and aspect of romantic relationships. Much of the research on first sexual experience is embedded in adolescent studies.

In our research, we only found one study that exclusively involved married couples who came into the marriage as virgins and looked closely at their experience. Through an extensive survey and short answers, we sought out to gain a better understanding of this experience for many individuals who have decided to remain abstinent before their wedding night.

In our study of over 1000 married individuals and couples, we wanted to learn what contributed to a great transition from abstinence into sexual activity and what we could learn from those who struggled. It should be noted that our research found that most couples made a positive transition to this intimate area of their marriage. However, for a good portion of our sample, even those who reported a positive sex life, many reported that, despite their ability to traverse that new experience there was so much they wish they had known before and early into their marriage.

We don’t claim to have all of the answers but I have briefly outlined four key elements that emerged in our ongoing study that aided couples in the transition from abstinence before marriage to sexual intimacy after marrying. Further, please note, that there is so much I could include in the synopsis but for the sake of brevity, I will summarize our results.

Before we get going, we would like to thank all of the generous participants who took part in our study and shared some much of their thoughts and experiences to help others in their journey to a positive transition and great sexual intimacy.

Overwhelmingly, one of the most consistent messages we received from our participants was that they just didn’t feel prepared with enough knowledge going into marriage and engaging in sexual activity. One female respondent state, “I was so uneducated and unknowledgeable about sex and sexual acts. We learned to talk along the way but it took a few years.”

In fact, only 28% reported any knowledge of human sexual response and less than 7% reported any specific knowledge in how to make love. We know that, the large majority of our sexual knowledge comes from the parental message we receive while growing up. If individuals grew up in a home where abstinence was the clarion call, most of the parental education is can be summarized with “Just don’t do it.” Onto junior high and high school, the large majority of their education is sexually transmitted infections, maturation, and birth control. For the lucky few, they may have taken a human sexuality class in college. But even then, our respondents reported that they felt unprepared going into marriage.

Take home message: Don’t be afraid to look for material that is in line with your values, get educated, visit a medical and/or mental health professional before and after marriage, and find answers.

Our society is saturated with message about sexuality and how it should or shouldn’t be. Further, most of our conceptions of sex and sexuality come from our parents and family. From the time we can understand language to high school graduation, we will have received thousands of messages about how to view our own bodies, relationships, marriage, sex, and our own sexuality. From religion, family, media, and our own experience with sexuality we develop what some scholars call our sexual self-concept or sexual scripts. Sexual scripts are the messages we tell ourselves about sex and what to expect when it comes to being sexually intimate and what it means to be a sexual being. Some of our sexual scripts can be very positive as participants reported some satisfaction with what they learned from parents and formal sex education.

Other messages can create insecurity and negativity as one female stated, “I was taught growing up sex was bad, dirty and wrong and we didn’t talk about it. When I got married it took a while for us to talk through my fears and for me to grow out of shame and into acceptance and enjoyment. We just took it slow though it was emotionally devastating.” Finally, many participants said that they “thought it was going to be like the movies.” Despite our past or current sexual scripts, it is important for adolescents and adults to develop and hold on to positive, healthy, and correct messages about sex and sexuality.

Take home message: Become aware of your own sexual scripts and share these with your partner before and after marriage about what you learned about sex and sexuality from family, school, friends, media, and religion. Invite your partner to also share their sexual scripts with you and both should practice empathy and understanding as hear about their view of sex and sexuality.

When we asked married individuals what advice they would give couples who are about to embark on their first sexual experience together, we noted several themes. Some of the more dominate pieces of advice were that they would encourage couples to be patient with each other, go slow, and to practice kindness, gentleness, and love during their first time. As one respondent put it, “Be patient and understanding. It’ll take a while to get the hang of it, and be open and understanding to each other’s needs. Be loving and concerned about each other.” Study after study has noted that when spouses feel emotionally safe and connected, their sex life thrives.

According to our study, only 44% of couples talked about their expectations about the wedding night before marriage. This was staggering to us. Thus, the fourth and final overarching key element of a successful transition into sexual activity that arose from our data was that couples need to communicate before and after their marriage about their expectations, thoughts, and emotions about sexual intimacy. We know from our own findings and dozens of other studies that couples who can talk about their sex life together are significantly more sexually satisfied than those who can’t or don’t. Our study also found that the large majority of married individuals indicated that both men and women strongly agreed with the statement, “Looking back, I wish we had communicated about sex more before we got married.”

As one of our favorite quotes from our study, one male participant stated, “For the love of all that is holy, talk about it! If you have no sexual experience, there are so many unknowns, you can’t just figure out by guessing nor is it realistic to think that your partner should just ‘know’ what you are feeling if they really love you.” From my experience as a therapist and educator and from some of the responses from our participants, a few items that should be discussed before your wedding night are expectations of frequency, the wedding night and honeymoon, boundaries (what I’m comfortable with), foreplay, past and current pornography issues, and initiation.

While some may argue that it is impossible to talk about something you’ve never experienced, I would argue that we can still discuss our sexual scripts and messages that were formulated up to that point and our general expectations. It is also important to discuss when and how you are going to communicate about sex when it is less than satisfying or faltering. The “when” to talk about it can be summarized by stating the couples should discuss their sex life often because people develop and change over time as well as their preferences can change. Further, the “how” to talk about their sex life is to approach it with acceptance, understanding, and love. This creates safety.

Take home message: You must create a safe environment and push yourself to discuss these important issues surrounding sexual intimacy. Couples who talk about their sex life have better sex and more of it. When couples can gain adequate knowledge, cultivate healthy sexual scripts, create an emotionally safe relationship, and learn to safely and frequently discuss their sex life, our research supports that their love-making will be significantly more satisfying and contribute to the overall health of the relationship. In closing, one last piece of advice from a participant when asked for advice for couples making the transition into sexual intimacy, he stated, “Make sure you take your clothes off.” Now that is some sound advice!

TAKE THE SURVEY — Newlywed participants are still needed for this study, so if you have been married less than five years and can talk your spouse into possibly taking it as well then CLICK HERE!